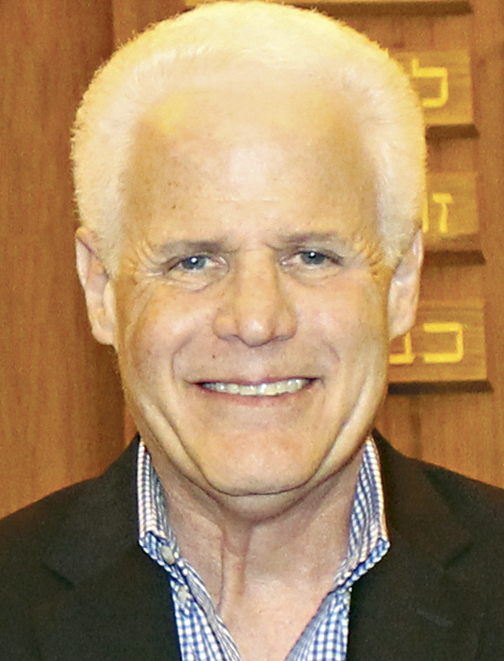 This week's episode of Voices In My Head was recorded live at temple Sholom in Springfield Ohio in 2017. Rabbi Cary Kozberg was gracious enough to sit down for a bit to discuss the things that we share in common as people of faith. It is our belief that in Judaism and Christianity there is a whole lot more that we share in common than what divides us. This is the first of what we hope will be many inter-faith dialogues between the Voices In My Head Podcast and of people of other faith. There is so much in this world that we can learn from each other, no matter how young or how old we are.

Rabbi Cary Kozberg is currently serving as Rabbi of Temple Sholom in Springfield Ohio—the position he first held after his rabbinical ordination in 1977.

Rabbi Kozberg served as Director of Religious Life at Wexner Heritage Village, a senior residential care facility in Columbus, Ohio, from 1989 to 2015.

From 1982 to 1987, Rabbi Kozberg was the Hillel Director at the University of Texas in Austin, and then spent two years as a kibbutznik in Israel at Neve Ilan.

As Director of Religious Life for Wexner Heritage Village from 1989 to 2015, he developed and broadened religious and spiritual programming for both Jewish and non-Jewish residents, their families and staff, and worked to integrate spiritual values into WHV’s program of providing holistic care to older adults.

He is a Board Certified Chaplain, and an active member of the National Association of Jewish chaplains, having received that organization’s “Chaplain of the Year” Award in 2012.

Rabbi Kozberg is a Past Chair of the Forum on Religion Spirituality and Aging, a constituent group of the American Society on Aging, and a past editor of FORSA’s quarterly newsletter. A published author and poet, he has presented workshops and seminars around the country, and is a nationally recognized resource on the spiritual, emotional, and psychological challenges that face older adults and their families.  His many publications include Honoring Broken Tablets: A Jewish Approach to Dementia (Jewish Lights Publishing), “The Whole World is Full of God’s Glory” in Broken Fragments: Jewish Experiences of Alzheimer’s Disease through Diagnosis, Adaptation, and Moving On, edited by Rabbi Douglas Kohn (URJ Press), and Flourishing In The Later Years: Jewish Pastoral Perspectives on Senior Residential Care, co-edited with Rabbi James Michaels (Mazo Publishing).  He has been an Instructor in the Florence Melton Adult Mini-School for Jewish Education in Columbus, and is a Past President of the Columbus Board of Rabbis.   As part of his commitment to healthy and sacred living, Rabbi Kozberg is committed to physical fitness and teaches personal self-defense techniques to children, teens and adults.